Which way on tobacco; wealth or health? 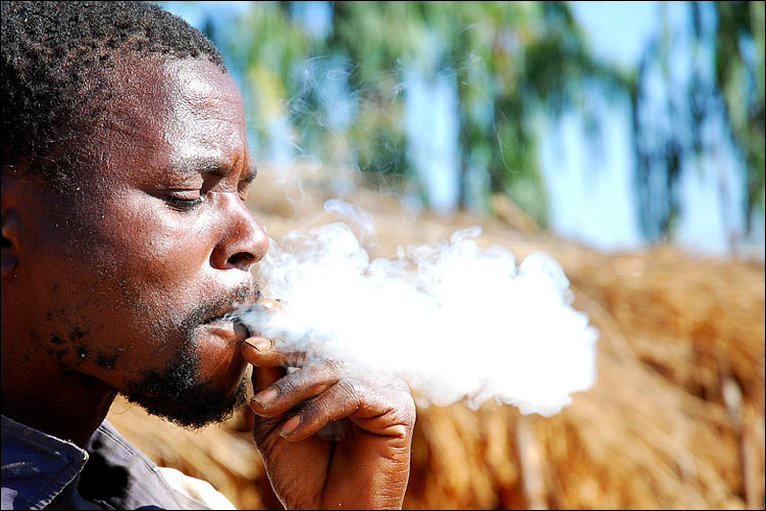 There is a big fight going on in Tanzania just like anywhere in the world. The winning card is within ourselves. Tobacco is the center of the battle field. One side is battling on profit-making while killing and the other is trying to stop it – is very much against the norm of “allow us to poison you and we will give you jobs.” SIMON MKINA is asking – creating jobs for corpses? Reads on.

Tanzania is the second largest producer of tobacco after Malawi in Africa and stands at eighth rank in the world.

Currently, in Tanzania there are three cigarette manufacturing companies; which are Tanzania Cigarette – owned by Japanese, Master Mind – owned by local and one owned by world giant Philip Morris Tanzania.

Apart from these, there is little manufacturing of processed tobacco into cigarettes and other products in Tanzania since the domestic market consume about 5 percent of tobacco produced locally.

Studies from The Sokoine University of Agriculture (SUA) shows that the country is losing more than 61,000 hectares of forestry from tobacco related activities each year. And 12.389 cubic meters of trees are felled in Tabora region alone due to the same doings.

These tobacco manufacturing companies all together will be producing 5 billion cigarettes per year, stating this year. This means the world should expect more negative impacts on the production, distribution and usage of the killer fumes.

Tobacco usage in Tanzania is contributing to death of nearly 200,000 yearly and the number is expected to rise as there is another cigarettes company coming on board.

Even though fewer men die from tobacco in Tanzania than on average in low-HDI countries, tobacco still kills 244 men and 86 women every week.

Numbers show that more than 12,600 boys and 5,000 girls who smoke cigarettes each day, contributing to an ongoing and dire public health threat.

Data obtained from the Tanzania cancer hospital – Ocean Road Cancer Institute (ORCI) and Muhimbili National Hospital (MNH) shows that 32 per cent of the cancer cases reporting to these institutions are linked to smoking tobacco.

Unfortunately, every year researchers find more and more evidence that smoking, and other tobacco products in general, are harming the lives of our people, our governments (and that of Zanzibar) are not listening, they keep on allowing more and more killer industries in the name of boosting economy.

Numbing facts proves that smoking and any usage of tobacco kills more people that road, water and air transports do.

Each year – in the world, 4.5 trillion cigarette butts are disposed off. A generous estimate is that half of them end up in landfills – the other half ends up in soil, lakes, oceans, and forests. Cigarette butts are theoretically biodegradable (they are made of cellulose acetate) but it takes them just under 2 years to completely vanish – and that is under perfect conditions.

Tonnes of cigarette butts are disposed off in soil, lakes, oceans, and forests each year

Apart from that, 600 million trees are chopped down every year by the tobacco industry. Keep in mind that for every 15 packs of cigarettes a smoker smokes, one tree had to die.

Scientists in Tanzania are saying tobacco industry in Tanzania produces 1.9 million metric tons of carbon dioxide in one year – although global tobacco production quadruples that amount. For comparison, one car produces 4 million times less. Shutting down the tobacco industry equates to taking 3 million cars off the streets every single year.

Tobacco manufacturers use four miles of paper every hour to wrap and package cigarettes and other products – making the entire industry a sizeable contributor to deforestation although it already is one to begin with.

In this juncture, human health impacts of tobacco use are well-documented. The World Health Organization (WHO) estimates that there will be more than 10 million tobacco-related deaths a year by 2030, amounting to 10% of annual deaths worldwide.

The tobacco industry is active in promoting the alleged positive aspects of tobacco farming and in “protecting” farmers from what they portray as unfair tobacco control regulations that reduce demand.

Tobacco farming has many negative consequences for the health and wellbeing of farmers, as well as for the environment and some living organism.

With all these evident negative impacts of tobacco products to environment and health of our people, tobacco business remains with a conflicting interests; from the public health against wealth.

On economic side, governments and tobacco business players are propagating messages that tobacco has created millions of jobs across the world, pouring resources into national coffers and generally, contributing to respective countries’ gross domestic product.

In Tanzania, it is estimated tobacco products generates USD 150 million each year in the national income, while it is not clear how much our governments spend on treating patients with tuberculosis, hypertension, lungs and other respiratory diseases. It should be more.

Apart from that, tobacco products cause different types of cancerous diseases and it has come to light that more than half of tobacco users die early compared to non-users.

In 2005, Tanzania has endorsed the WHO-FCTC, which is an international and binding legal treaty that obliges the 181 member countries not to provide any incentives to tobacco companies such as tax exemptions, and the treaty commits governments to assist tobacco farmers in diversifying their cash-paying crops.

But Tanzania is still lagging behind when it comes to active exposing campaign to stop tobacco. In major town, there a lot of “street boys” selling cigarettes without fearing law enforcers or anybody.

This selling of tobacco products everywhere and to anybody, hinders Tanzania slow campaign in curbing tobacco use.

It should be understood that the product doesn’t damage just health, but also economies.

“Tobacco is a barrier to sustainable development on all fronts. Now is the time for leaders to implement strong policies proven to protect their citizens from tobacco,” said WHO Director General Dr. Tedros Ghebreyesus while addressing The World Conference on Tobacco or Health in Cape Town, South Africa in March, this year.

It is now high time for Tanzania governments to stop entertaining tobacco industries. They are openly killing our people in the name of bringing wealth. Shame.